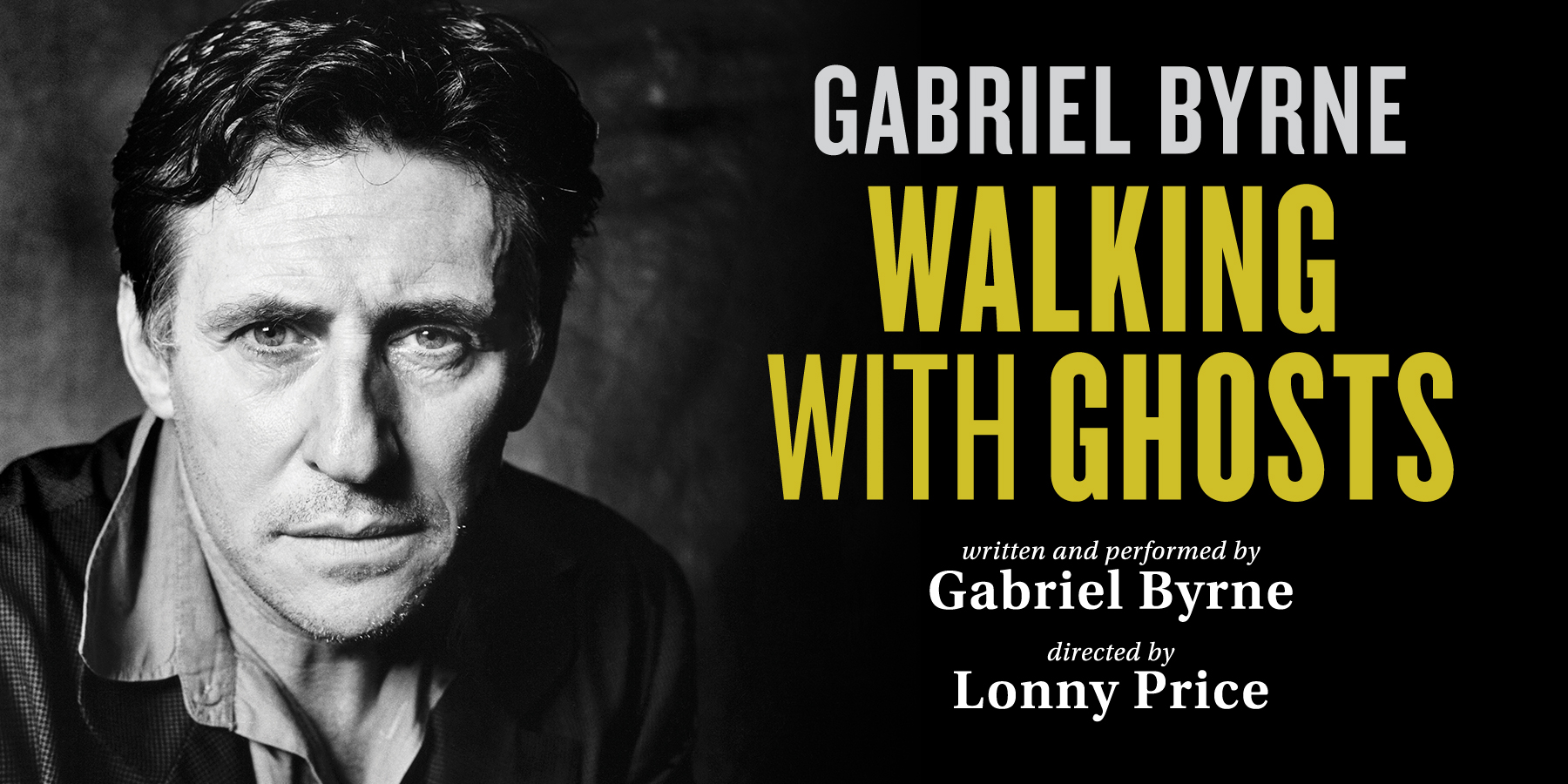 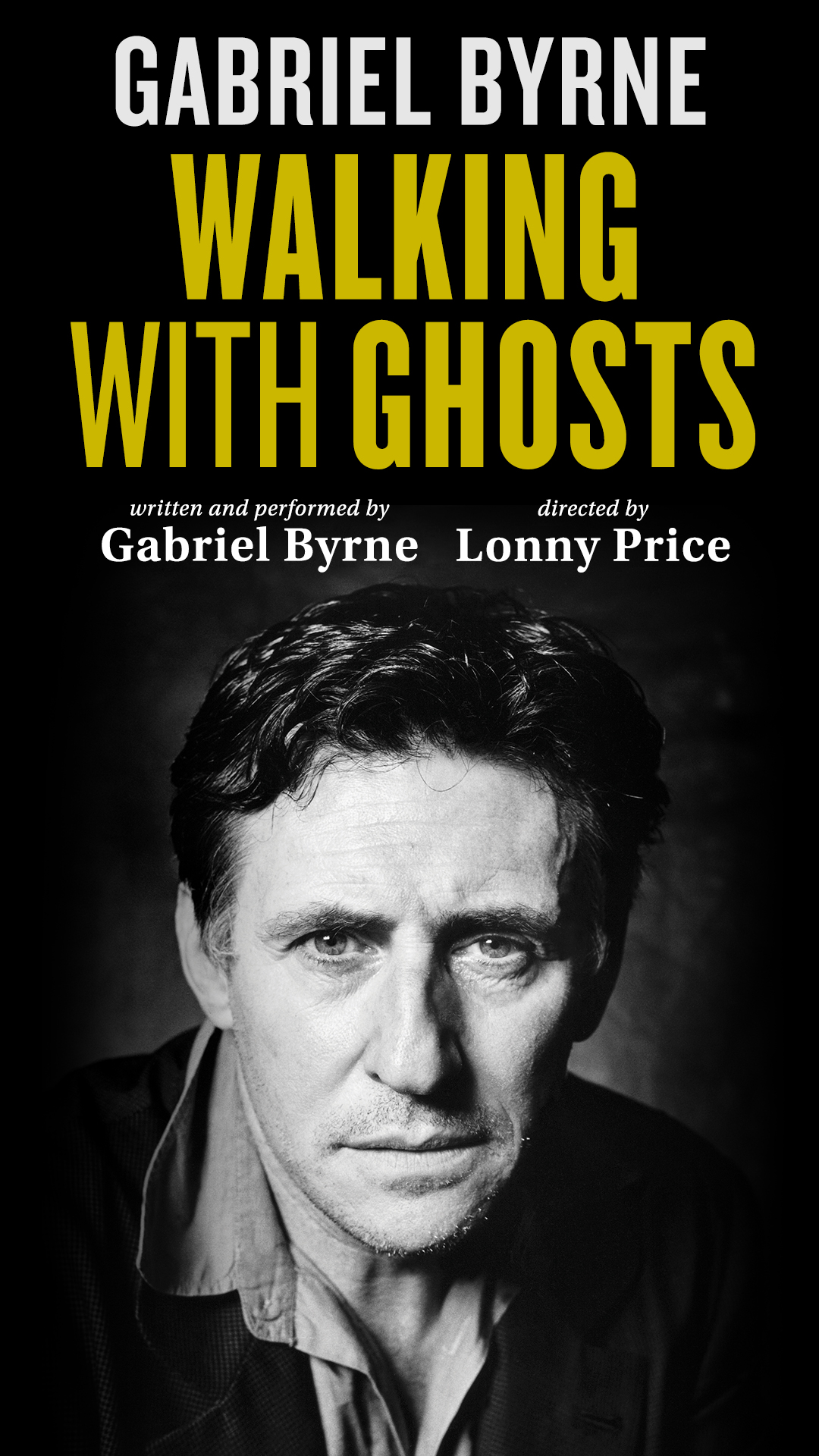 Gabriel Byrne on stage. In his own words.

By turns hilarious and heartbreaking, Walking with Ghosts is a delightful portrait of the people and landscapes that ultimately shape our destinies. A Landmark production, it comes to Broadway direct from highly acclaimed runs in London’s West End; Edinburgh, Scotland; and Dublin, Ireland.

As a young boy growing up on the outskirts of Dublin, the stage and screen legend sought refuge in a world of imagination among the fields and hills near his home, at the edge of a rapidly encroaching city. Moving between sensual recollection of childhood in a now almost vanished Ireland and commentary on stardom, the actor-writer returns to Broadway to reflect on a life’s journey.

Adapted from his best-selling memoir of the same name and directed by Emmy Award® winner Lonny Price (Sunset Boulevard, Lady Day at Emerson's Bar & Grill), Walking with Ghosts is written and performed by the “SPELLBINDING” (The Times) Gabriel Byrne (Hereditary, HBO’s In Treatment).

No future sales 30 minutes before start of performance.

2 hours and 15 minutes, including a 15-minute intermission

Recommended for ages 12+. Children under the age of 4 are not permitted in the theater.